A recent weekend visiting an old uni mate in Marseille revealed how much the city has to offer and gave me an insight into why he has so happily gone native.

Provence is all about rural retreat and chilling in that charming restored French farmhouse no? Well if you think that’s a bit main stream then a city break in Marseille might be for you. The old port at the heart of this industrial city was recently made over for its role as European City of Culture 2013. There are a couple of stunning new galleries on the water front, some swanky hotels, a fish market and as many cafes and restaurants as you could want all wrapped around a lively marina. Plenty for a full day of wandering.

Venture a short distance deeper into the city and the narrow streets take on a distinct north African flavour or head a few minutes along the coast and guys are surfing waves or trekking up and down the rocky limestone coastline (we sipped coffee instead and watched them march past).

The gastronomic highlight was dinner at restaurant Peron which looks out across the bay facing the sinking sun and serves a fantastic bouillabaisse which we washed down with a local white Cassis. There’s normally a good local wine that matches local cuisine, best just to ask the waiter.

My mate also introduced me to a lovely Provencal red from the tinny appellation of Palette (smallest in France apparently) dominated by Mourvedre but with Cinsault & Grenache by Henri Bonnaud other quality reds are by Chateau Simone.

As one enjoys the spring sunshine the rose wines aren’t bad either! 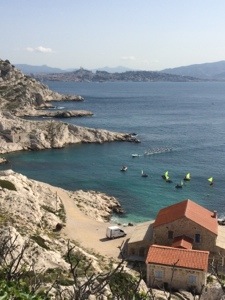 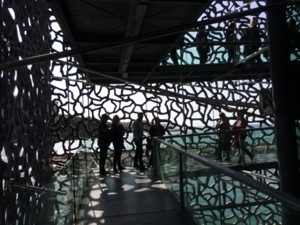